The Las Vegas FamilySearch Library is an extension of the world famous Family History Library in Salt Lake City, Utah.  It is housed in an historic building that is undergoing an exciting renovation and modernization.   Scroll to the bottom of this page for a diagram showing where to park.​

Now Available to JGSSN meeting attendees: private access to the resources of the FamilySearch Library!

The FamilySearch Library resources will be available for JGSSN use after the meeting until 4:00 p.m.!  Those resources include free access to a variety of genealogy programs, such as Ancestry.com, MyHeritage, Newspapers.com, and many others.  In addition, the library will make their document, photo, slide, audio and video scanners available.  Bring in your family memories and convert them to digital files.  See the attachment for a list of the resources.  Library staff will be available to assist.

Limited seating: Available to JGSSN members based on order of registration (first 25 people).

The Holocaust was much more than concentration camps and the six million murdered by the Nazi’s. It was the life our ancestors were forced to live during World War II. This program will introduce you to many other aspects of this period of history. The resource center is full of books on the Holocaust and there are many original artifacts on display including an original tea pot made in Oskar Schindler’s factory!

Susan Dubin is the library and education consultant to the Sperling Kronberg Mack Holocaust Resource Center located in Las Vegas. This position led her to work with the World Federation of Jewish Child Holocaust Survivors and Descendants, Generations of the Shoah International, and Association of Holocaust Organizations in organizing their international conferences. As a library and education consultant, she provides classes for Clark County School District teachers and students in Holocaust education. In addition, she organizes community events that feature authors, artists, and musicians. Kol Isha: Poems in the Voices of Women from the Bible was her first book. She has five other titles which include Book of Ruth, A Passover Haggadah in Poems, Katzele and the Silver Candlesticks, Jewish Stories and Poems All Around the Year, and The Story of Esther. Susan was the recipient of the Dorothy Schroeder Award and Fanny Goldstein Award for contributions to the field of Judaica Librarianship as well as the Milken Family Foundation Distinguished Educator Award. In 2020, she was named Jewish Educator of the Year for the state of Nevada. She is listed in Who’s Who in Education and Who’s Who of American Women 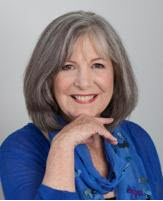 Non-members: Click here to pay $5 to attend.  Then register by clicking here.

Based on extensive research and first-hand interviews, author Joanne Gilbert's books and presentations celebrate the extraordinary, teenage and pre-teen girls, who dared to defy the Nazis and their collaborators in Occupied Europe. That in their elder years, they graciously shared their true stories of anti-Nazi resistance, is a tribute to their life-long commitment to showing that the Jewish People did not go “. . . silently like sheep to the slaughter.” Seventy-seven years after the end of WWII,  their courage still inspires and lights the way for all of us.

Joanne’s adventures in finding, interviewing, writing about, and becoming loving friends with these women—still indomitable in their 90s and beyond — show us that it’s never too early —nor too late — to do something to help "heal the world.”

Award-winning author, Joanne D. Gilbert, grew up in the 1950s-60s, in predominantly Jewish, Oak Park, Michigan, where she was profoundly affected by the stories she heard from neighboring Holocaust Survivors. Her life and work have been inspired by her Grandmother, Millie Ron’s memories of her beloved family, who tragically, were murdered in Vilna, Lithuania when the Nazis destroyed the Jewish community there. In their honor, Joanne is dedicated to finding and celebrating female Jewish heroism during the Holocaust. Her presentations as well as her books, WOMEN OF VALOR: Polish Jewish Resisters to the Third Reich (2018), and, A VICTORY FOR MIRIAM! The Little Jewish Girl Who Defied the Nazis (2019), have received outstanding reviews. Her next book WOMEN OF VALOR: German, French, & Dutch Resisters to the Third Reich, will be published in 2023. For information, please go to: www.joannedgilbert.com, or contact Joanne at: info@joannedgilbert.  Joanne will have her books available for purchase. 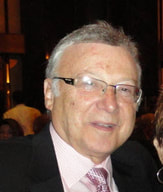 Non-members: Click here to pay $5 to attend.  Then register by clicking here.


"My Journey from Shanghai to Las Vegas"

Bert will be presenting a film and presentation about his life in the Shanghai Ghetto during World War II.  He was a young boy when he and his parents were forced to leave their home in Germany in 1939 (after Kristallnacht), and wound up in Shanghai, China (the only port where Jews were accepted). The film “My Shanghai Memoirs” is the fascinating story of his life there during the war; he will discuss how his family survived the Ghetto under Japanese occupation, and then the Communist takeover. They left Shanghai for the U.S. in 1949. FYI, this film was recently accepted at Yad Vashem for showings about the diaspora.
​
About Bert Reiner

Bert is now retired, has had 30+ years’ experience in the development, quality and manufacture of toys, and juvenile furniture. He had worked in several toy companies, the last as Sr. VP at Coleco, in Hartford, CT.  He and his wife Sandy now live Las Vegas; they have three children and eight grand-children.
Finding the Las Vegas FamilySearch Library and where to park: