Carole Montello: Founded JGSSN in 1984. Served as first president of the society. Coordinator for the Ask the Experts program and Holiday Brunch, along with our group trips to Salt Lake City. Was instrumental in securing the 2005 IAJGS Conference for Las Vegas. Editor of News to Note. I have been researching my family since 1977.

​Valerie Hunter: I was introduced to family history when I was a child and have been actively doing genealogical research since 2012. I belong to several different genealogy societies and have learned a tremendous amount of education to help with my research. I want to be a professional genealogist when I retire.

​Michael Brenner: I have been researching my family for over 40 years. Past President of JGSSN and JGS(NY), Inc., and have lectured at our society and international conferences over the years.

Art Goldberger: I became seriously interested in genealogy in 2012 & joined JGSSN in 2013. Being a member has helped me tremendously in researching my family history. I am currently a JGSSN board director and helped revised the Board Policies Manual & assisted in the Memorial Plaques Project.

Michael Kantar: 15 years of genealogy research. Former JGSSN President, Director & Webmaster. In 2019-20 I trained JGSSN Secretary how to use our e-mail system. I have been an outside JGSSN speaker and writer of family stories for Family Legacies.

Sharon Perlstein: For about 8 years, I have been doing genealogy research to build out the tree for both mine and my husband's sides of the family. I've located relatives that immigrated from Europe to the USA, South Africa, Canada, Australia, and Israel. Some came in the 1880's and others narrowly escaped the Holocaust. My genealogy activity also involves digitizing family stories, photos, and videos. I cherish the most a written and video memoir created by my maternal grandmother shortly before she died at age 100. 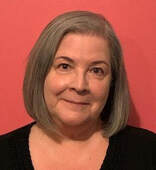