Virtual Meetings Via Zoom
Times may vary each month 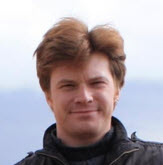 Time: 10:00 a.m. - 12:00 p.m.
​
To attend: email info@jgssn.org and you will receive an invitation with the Zoom link a day or two prior to the meeting
In the email subject line, put "attending August 16 meeting"
Be sure to put your name(s) in the email
​​
"Jewish Documents Kept by Ukrainian Archives" - Live from the Ukraine

Alex Krakovsky is a Jewish Ukrainian born in Kiev. He is using the Freedom of Information laws and the court system in Ukraine to force archives to allow him to scan records.  Alex became interested in learning about his roots after his mother’s death in 2011. He found references to his grandfather, whom the family knew almost nothing about in a book and some documents at the archive in Zhytomyr.  He was asked to pay 116,000 hryvnia (about $4,600) for copies of the documents! He refused and continued to refuse until the archives decreased the fee to $2, which he paid. Alex later sued the archive, winning back his $2 plus an additional 100 hryvnia ($4) for the hassle the archive put him through.

The case also changed Alex's life. With no formal legal training, he has become a litigation machine—a hero of sorts to frustrated researchers and genealogists. Alex has sued more than a dozen archives with the goal of bringing Ukraine’s archives up to European standards. Among other things, he advocates for the publishing of inventories online so that people know what is in the archives. This would also help prevent the illegal sale of archival materials, which he suspects is ongoing. He also agitates for the right to freely photograph documents.

Alex has not lost a single case to date. He often wins, citing constitutional precedent. Recently, he faced his most powerful adversary. Alex filed suit against Ukraine’s Ministry of Justice. The Ministry has the state archives under its wing and issued a June 2018 order barring the copying of documents larger than letter-size, files thicker than 1 ½ inches, old printed books, listings of documents, and basically anything a researcher or genealogist might need to see.

Alex was born at a very young age in 1982 in Kyiv. He graduated from the Kyiv Polytechnic Institute in 2005 with a degree in Flexible Computer Systems. He has been actively doing genealogy since 2011.

Alex has been digitizing records in Ukrainian Archives, including Jewish metrical books and other vital records, school records, revision lists, poll tax censuses, and more.
He then posts the records online to a wiki page which yields a massive amount of raw data for those interested in Ukrainian research. Alex uses high resolution scanning equipment to scan virtually all records in an archive. He has spent a great deal of time and his own money doing this important work and he is constantly battling a very difficult government system. Alex has received donations for the purchase of state-of-the-art scanners, which are now in use in most Ukraine archives.

You can access his main wiki page at this URL (use the Google Chrome browser to view the JGSSN site and Alex's link (as it can translate this Ukrainian Wikipedia page).


Join this virtual Zoom meeting to meet Alex Krakovsky and learn more about how you can access your ancestors' records in the Ukraine-Eastern Europe. 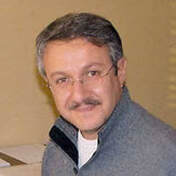 To attend: email info@jgssn.org and you will receive an invitation with the Zoom link a day or two prior to the meeting
In the email subject line, put "attending September 13 meeting"
Be sure to put your name(s) in the email
​
"Belarus: Jewish History & Research Strategy in Belarus Archives" - Live from Belarus

Yuri Dorn will present a brief history of Jewish Belarus, followed by a description of the records available for research in Belorussian archives. He will explain which records you can expect to find and will suggest the best strategy for approaching one’s research. Remember that your Lithuanian, Ukrainian, Polish, etc. ancestors may have migrated from Belarus to these other areas. Or vice versa.

Yuri Dorn is a well-known genealogist, specializing in Jewish genealogy and ancestral tourism to Belarus. He founded Jewish Heritage Research Group in Belarus in 2002, which consists of professional historians, genealogists and certified English-speaking guides.  Yuri and his staff are not only working in Belorussian archives and arranging ancestral tours to Belarus, but they also put a lot of effort into restoration and preservation of Jewish heritage in Belarus.

Join this virtual Zoom meeting to meet Yuri Dorn and learn more about how you can access your ancestors' records in the Belarus Archives.